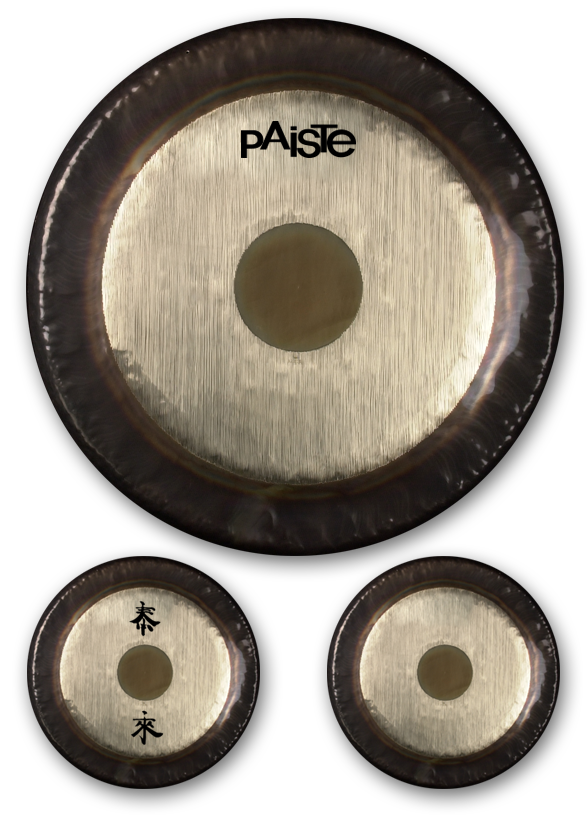 According to Paiste, this is their “oldest version of the instrument…

"Symphonic Gongs have a slightly raised surface (without boss) with a harmonic and universal sound structure. The fundamental note of the gong is balanced with the instrument's complex overtones.

The characterizing word Symphonic thereby should not be misinterpreted as describing the literal sense of classical symphonic orchestra application but its original sense to unite harmonic sounds. The describing word universal shall be understood as “sound in its entirety”.

"The sound of these gongs can be influenced and varied through the nature of the stroke, as well as the size, weight, and composition of the mallets. By varying the striking points, highs, lows, and various sound mixtures contained in the entirety of the gong’s sound sphere may be extracted and played up. Symphonic Gongs feature some of our largest examples of the instrument, like the 60” and the extraordinary 80”, the world’s largest playable gong.”